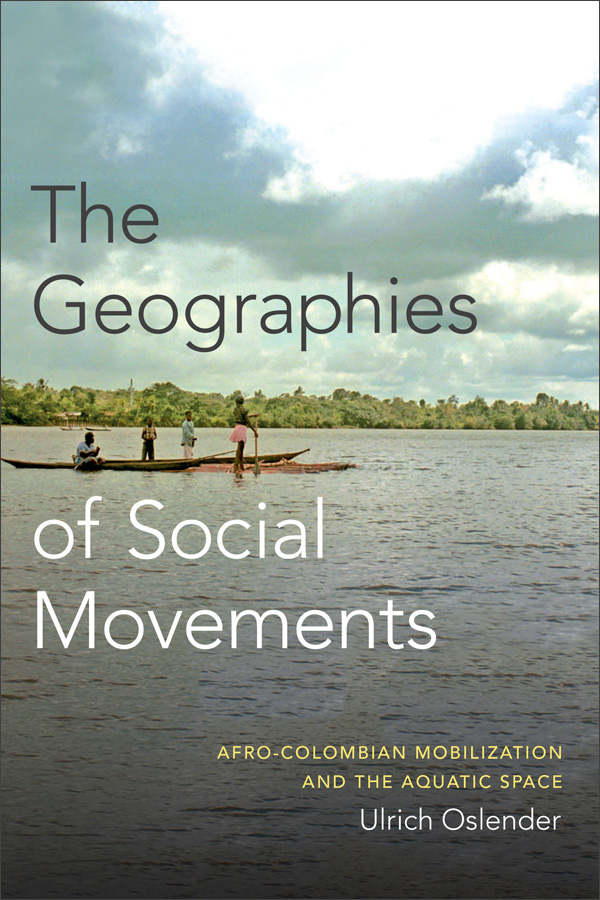 “Even if my master kills me, I shall not go to the mine.” So go the lyrics of a popular song in the Pacific lowlands. They serve as a reminder of black resistance during slavery times in this region. By withdrawing their bodies – essential tools of capital accumulation  in the alluvial gold mines – from the production process, the enslaved hit out at the source of their oppression. Relatively little is known – and even less documented – of these embodied experiences of resistance in the gold mines. Why is that so?

Resistance formed part of the slavery system from the beginning. As Norman Whitten and Arlene Torres (1998) put it, “Wherever slavery existed, self-liberation began.” In fact, the Pacific lowlands can be regarded as a territory of resistance, dating back to the early stages of colonization which was confronted with bitter and long-lasting indigenous resistance. Alonso Valencia (1991) regards the Spanish attempt at conquest as a failure, considering that for nearly two hundred years the indigenous populations were never conquered. The first conflicts took place in Uraba on the northwestern Caribbean Coast in 1510, and Valencai registers major resistance as late as 1687 without the Spanish Crown able to establish central, colonial control over the pacific lowlands. The lowlands consequently became known as “war frontier” (frontera de guerra), with indigenous resistance proving a major obstacle to the exploitation of the region’s gold resources. West (1957) observes, “Although Spanish mining acitivty in the Choco began on the upper Tamana in the 1570s, Indian hostility prevented intensive placering and the importation of many Negroes for more than a century.”

Indigenous groups in the southern part of the Pacific lowlands became known as indios de guerra, or “warring Indians”, for the ferocity with which they attacked the conquistadores so that Spanish settlements were mostly restricted to the Andean axis of Quito (in today’s Ecuador), Popayan, and Cali. Rebellions in the gold mines too were quite common. Mateo MIna (1975, AKA Michael Taussig) documents one such in Zaragoza, Antioquia, in 1598, which involved four thousand enslaved laborers. in another incident, on January 15, 1684, Citaries indios massacred miners and Spanish missionaries in the town of Negua (in today’s Choco Department). This incident spread like a fire and gripped the whole region, as towns and churches were destroyed (FUNCOP 1996). The Choco rebellion forced Spanish miners and enslaved laborers to retreat into the highlands, thus preventing the exploitation of gold placers for four years (West 1957). According to Valencia (1991) it is only from 1690 onward that we can talk of authentic conquest, and even then resistance remained a daily practice for both indigenous and Afro-descendant populations.

Resistance took on a variety of forms, including escapes, rebellions, killings, and suicides (Friedemann, 1998). Abortion and infanticide were frequent forms of female resistance, as enslaved mothers denied the slave owner control over their children, who would have been appropriated as labor (Spicker 1996). However, many acts of resistance either are not documented or are misrepresented in history. The reasons for such omissions are quite obvious. According to Sabas Casaman (1997), an Afro-descendant elderly political leader in the North Caucra region, “Colombia’s history has not been written…for a very simple reason. Because history is always written by the winners; the losers, we have no part in it, as long as we have this condition of losers.” Remembering a verse passed on in the oral tradition, Casaman reflects on the impossibility of meaningful speech in the context of oppression. Here he refers to the slave owner Julio Arboleda, who was renowned for his cruelty toward the enslaved (briefly discussed in the interlude):

(Here, no matter what you say,

only speaks who can,

the owner of this property,

Historical documents of black resistance, if they exist at all, are often plagued with a racist vocabulary. Black rebellions are not represented as liberating processes by historical subjects, but as criminal acts that betray the enslaved people’s lack of gratitude toward their masters, who saw themselves as having brought Christian redemption to ignorant pagans. According to Arocha (1999), these are “documents in which the Spanish never cease to be heroes while the blacks are rarely anything but cowards and traitors.”

This unequal power relationship is also the heart of the extraordinary Afrocentric novel Chango el Gran Putas, written by the Afro-Colombian novelist, ethnographer, and intellectual Manuel Zapata Olivella (2010). In this unrivalled literary masterpiece – still to be fully acknowledged in literary history as such for its sheer mesmerizing narrative power and sweeping vision – in a section dedicated to the rebellion of the enslaved on Haiti at the end of the eighteenth century, the author addresses the relation between dominant history and international oblivion: “For the Wolf’s forgetful scribes the history of the Republic of Haiti will always be the fanatic and hate-crazed blacks’ massacre of their white brothers, never the slave owners’ genocide against a defenseless people” (the “Wolf” being a metaphor for the white man in Zapata’s account).

It is important to document the myriad historical experiences of rebellion for a number of reasons. First, such documentation challenges dominant versions of history by ascribing agency to the libres that is often missing in the accounts of the “Wolf’s forgetful scribes.” Second, and most important is today’s organizing processes of the social movement of black communities in Colombia, such a focus on agency allows for empowering connections to be made to historical resistances form today’s perspective. The pacific lowlands, once considered a territory of indigenous resistance against the colonizers of the Spanish Crown and of black resistance against slavery, is now seen by PCN [Process of Negro Communities] activists as a territory of Afro-Colombian resistance against dominant development models fueled by the logic of displacement-inducing modernity.

*Canadian copyright allows the reproduction of one chapter or 20% of a book without having to obtain permission from the author.