This piece by French theorist and political economist Jacques Sapir, originally posted on his blog in French and republished in Italian by Voci Dal L’estero is now featured in English here on Peripheral Thought. Sapir argues that, in addition to the risks to public health and environmental integrity, The Canada-EU Trade Agreement (CETA) is a serious violation of the principles of national sovereignty and democracy. The translation below has been edited for clarity.

CETA, a free trade treaty between Canada and the European Union, which finally came into effect on Thursday, September 21, is a striking demonstration of how states have renounced their sovereignty, leaving room for a new law, independent of the law of the states themselves, and not subject to democratic control.

CETA is, on paper, a “free trade treaty”. In reality however, it targets non-tariff regulatory norms that states may adopt, particularly regulations in the field of environmental protection. In this respect, CETA could start start a race to dismantle these protections. Added to this are the dangers deriving from the investment protection mechanism contained in the treaty. CETA creates a protection system for investors between the European Union and Canada, which thanks to the establishment of an arbitration tribunal, will allow them to sue a state (or the European Union) in the case of which a public measure adopted by that State may compromise what the treaty calls “the legitimate earnings gains from the investment”. In other words, the so-called Investor-State Dispute Settlement (ISDS) clause (or RDIE) is in practice a mechanism for hedging future earnings. And this is a unilateral mechanism: within this framework, no state can, for its part, sue a private enterprise. It is clear therefore that the CETA will put investors in a position to oppose policy measures that are contrary to their interests. This procedure, which is likely to be very expensive for states, will certainly have deterrent effects with a simple process threat. In this respect, let us not forget that following Dow Chemical’s statement of wanting to bring the case to court, Québec was forced to step back on the ban on a substance suspected of being carcinogenic contained in a herbicide marketed by this company.

There are also doubts about reciprocity: it is said that the Treaty opens Canadian markets to European companies, yet the European Union market is already open to Canadian companies. Just look at the disproportion between the populations to understand who will earn what. Beyond this, there is the wider problem of free trade, in particular the interpretation of free trade that emerges from the CETA treaty. At the heart of the treaty are the interests of multinationals, which certainly do not coincide with those of consumers or workers.

The risks represented by CETA therefore concern public health and, without doubt, sovereignty. But even more serious is the threat the treaty poses. At the time of its final vote in the European Parliament, four groups voted against: the Left Front, the environmentalists of ELV, the Socialist Party and the Front National. An alliance perhaps less abnormal than it seems, if one takes into account the problems posed by the treaty. It is instructive to note that it has been rejected by the delegations of three of the five founding countries of the European Economic Community and the second and third largest economies of the Eurozone. Nevertheless, it was ratified by the European Parliament on 15 February 2017, and it is now up to the ratification of individual national parliaments. Nevertheless, it is already considered partially in force before ratification by the national representative bodies. CETA therefore came into force provisionally and partially on 21 September 2017 in regards to aspects concerning the exclusive competence of the EU, with the exclusion for the moment of certain aspects of competing competencies that will need to be voted on by EU member countries , in particular those elements of the treaty dealing with arbitration tribunals and intellectual property. But even despite this, about 90% of the provisions of the agreement are already in force. This is a serious problem of maintaining political democracy. As if this were not enough, even if a country were to tomorrow reject the ratification of CETA, the already in-force aspects of the treaty would still have to remain in effect for another three years.

This is not what is normally understood by the phrase “free trade treaty”. This is a treaty whose purpose is essentially to impose rules adopted by multinationals on individual parliaments of the Member States of the European Union. If one wanted to give  a demonstration of the profoundly anti-democratic nature of the EU, this treaty would act as a pinnacle example.

This poses a challenge to the democratic credentials and legitimacy of those who have been advocating the treaty. In France, only one of the candidates for the presidential election, Emmanuel Macron, had declared openly in favor of CETA. Jean-Marie Cavada, one of the treaty’s main supporters, also voted in the European Parliament for the adoption of the Treaty. Thus, in the presidential election, and not for the first time in French history, the so-called “party from the outside“ which in a timely fashion had been denounced by Jacques Chirac from the hospital of Cochin for becoming defenders of the establishment. [1]

Prior to his appointment as Edouard Philippe’s government minister, Nicolas Hulot had taken a firm stand against CETA. His stay in government, under these conditions, has produced a turnaround. As a Minister of Environmental Transition, he certainly did not regret some last Friday morning on Europe 1. He acknowledged that the evaluation commission appointed by Edouard Philippe in July picked out several potential dangers contained in the treaty. But he also added: “Negotiations have now come to such a point that unless we risk a diplomatic incident with Canada, which we would certainly want to avoid at all costs, it would have been difficult to block ratification”. This is a perfect description of the irreversibility [sic] mechanisms deliberately incorporated in the treaty. Let us not forget, too, that before being appointed Minister of Environmental Transition, the former television presenter had repeatedly stated that CETA was “ not compatible with the climate”. One can imagine how hard that sword was to swallow.

For his part, since his election, Emmanuel Macron has tried to present himself as defender of the planet, answering Donald Trump’s slogan “Make America Great Again” with his own “Make the Planet Great Again “. He has often reiterated this slogan, both at the United Nations and on his trip to the Antilles after Hurricane Irma. But it can not be ignored that his commitment to CETA and its submission to the European Union environmental rules, which still has delayed on the issue of endocrine disrupters, show that his actions are not ecologically motivated and gestures towards environmental issues are best distasteful public relations performances.

We must have a full awareness of what the application and implementation of CETA means, including the dangers it poses as the national sovereignty, democracy and security of the country. 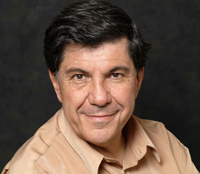 Jaques Sapir is a graduate of the IEPP in 1976, he supported a postgraduate doctorate on the organization of work in the USSR between 1920 and 1940 (EHESS, 1980) and a Ph.D. in economics, Soviet economy (Paris-X, 1986).  He taught macroeconomics and finance at the University of Paris-X Nanterre from 1982 to 1990, and at ENSAE (1989-1996) before joining the School of Higher Studies in Social Sciences in 1990. He has been the Director of Studies since 1996 and heads the Center for the Study of Modes of Industrialization (CEMI-EHESS). He has also taught in Russia at the High College of Economics (1993-2000) and at the Moscow School of Economics since 2005.He leads the IRSES research group at the FMSH, where he co-organizes with the Institute of National Economic Forecasting (IPEN-ASR) the Franco-Russian seminar on the financial and monetary problems of development in Russia.